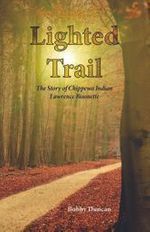 One of the most challenging summonses for the Christian movement in America is the call to respond to the echoing cry rising from its truly indigenous people, the American Indians. According to the 2010 Census, 5.2 million people in the U.S. classified themselves as such, either alone or in combination with one or more other races. Out of this total, 2.9 million people identified as American Indian and Alaska Native alone. With all the mission causes embraced by the Christian movement in America, one of the closest mission fields for the church continues to be the American Indian population, especially those residing on reservations. This story is of one Chippewa Indian’s conversion to Christianity as a teenager, and his enduring passion to serve his own people. It is a story of how God can use one person to make a notable difference in the lives of so many—in the confines of a small community and in the broader context of a nation.

(Click on the book cover image to buy it now!)